It is native to most of North America throughout the United States and Canada, including northern areas. It is considered to be endangered in Ohio. It is also found in parts of Europe and New Zealand.

Fruit are small, pulpy, bright red and edible, resembling strawberries. The juice from the fruit was also used as a red dye by natives. The fruits contain small, black, lens-shaped seeds that are 0.7-1.2 mm long.

The greens are edible raw or as a potherb, but if raw should be eaten in moderation as they contain oxalates. The seeds may be toxic in large amounts.

The leaves and seeds of all members of this genus are more or less edible. However, many of the species in this genus contain saponins, though usually in quantities too small to do any harm.

Although toxic, saponins are poorly absorbed by the body and most pass straight through without any problem. They are also broken down to a large extent in the cooking process. Saponins are found in many foods, such as some beans. Saponins are much more toxic to some creatures, such as fish, and hunting tribes have traditionally put large quantities of them in streams, lakes etc in order to stupefy or kill the fish.

The plants also contain some oxalic acid, which in large quantities can lock up some of the nutrients in the food. However, even considering this, they are very nutritious vegetables in reasonable quantities. Cooking the plants will reduce their content of oxalic acid.

People with a tendency to rheumatism, arthritis, gout, kidney stones or hyperacidity should take especial caution if including this plant in their diet since it can aggravate their condition. 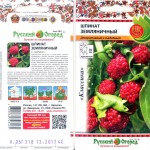 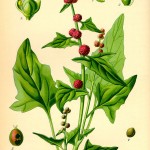